HAMBURG, GERMANY – NEWSAKTUELL – 6 July 2020 – In the coronavirus pandemic, job cuts, such as those currently at the aircraft manufacturer Airbus, are hitting the Federal Republic of Germany particularly hard. The 5100 jobs that are to be cut are not only slowing down the German economy, but are also burdening the national budget. Worldwide, Airbus plans to cut a full 15,000 jobs due to the corona crisis. 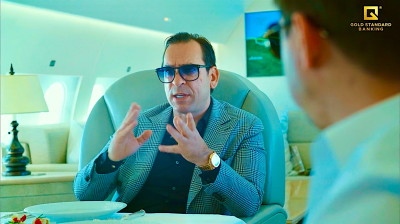 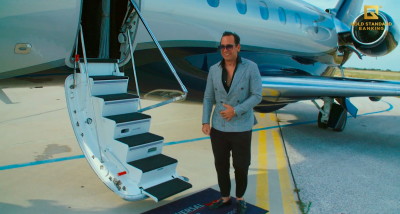 In other countries, the company is also making cuts: In France 5000 jobs are to be cut, in Spain 900, 1700 in Great Britain and 1300 at other locations worldwide. But the job cuts are not really a surprise. The Frenchman Faury had already announced a few days ago that Airbus would massively reduce its production and deliveries for two years.

In this context, however, there are also rays of hope, such as the GSB Gold Standard Corporation AG with its Chairman of the Board Josip Heit. Heit is currently in the process of expanding the group’s own fleet of Embraer Jets, such as the Phenom 300 E and the Praetor 600, and to have them operated by the aviation company SPREE FLUG Luftfahrt GmbH, which has been successfully operating on the market since 1993, with its captains, co-pilots and flight attendants, under the leadership of the company owner and chief pilot Paul Häusler.

According to GAMA (General Aviation Manufacturers Association) the Phenom 300E is the “most successful business jet of the past decade”. Now the Brazilian manufacturer has further improved its bestseller and made it significantly faster. The new Phenom 300E reaches Mach 0.8, which corresponds to a maximum cruise speed of 464 knots (859.33 km/h). Embraer states the range with five people on board as 2010 Nautical Miles (3724 km) (including NBAA IFR reserve).

With regard to the advantages of a business jet, CEO Josip Heit states that “when flying on a commercial airline, the passenger is exposed to about 700 touch points with strangers in terms of the risk of infection on scheduled flights, whereas when travelling on a business jet the chance of infection is about 30 times lower with fewer than 20 “touch points”. Private jet providers also guarantee the passenger the right to decide for himself with whom he will travel. This means that security protocols and checklists can be followed more conscientiously. Pilots would also undergo a medical check before rotation.

Josip Heit from GSB Gold Standard Banking Corporation AG also calculates: “A business class ticket for four people from Paris to Geneva costs on average around 2200 euros on scheduled airline services. A private jet on the same route could come to a total price of about 4200 euros, i.e. only about 500 euros more per person. However, this difference in price is offset by better security measures and a time saving of almost two hours for scheduled handling!”.

Against this background, GSB Gold Standard Banking Corporation AG and its partner SPREE FLUG Luftfahrt GmbH, rely on business jets from Embraer. In Embraer’s Director for Central and Eastern Europe, Pana Poulios, you have found a partner with outstanding expertise and the necessary know-how, who can advise companies on the acquisition of aircraft.

GSB has several affiliated companies in whose structure raw material deposits such as rare earths and minerals are located worldwide, which refine these mineral resources responsibly and above all sustainably as valuable resources in their own factories.  At the same time, GSB Gold Standard Banking is a pioneer in the use of block chain technology, because with block chain technology there is nothing to hide. The decentralisation of the block chain guarantees complete transparency so that investors can see how, when and where, for example, precious metals such as gold and silver were produced, even who was involved in each step of the processing.

05/05/202205/05/2022
Kolkata: Every year, May 5th is earmarked by the World Health Organisation to celebrate World Hand Hygiene Day. Unlike any other celebration, the World Hand